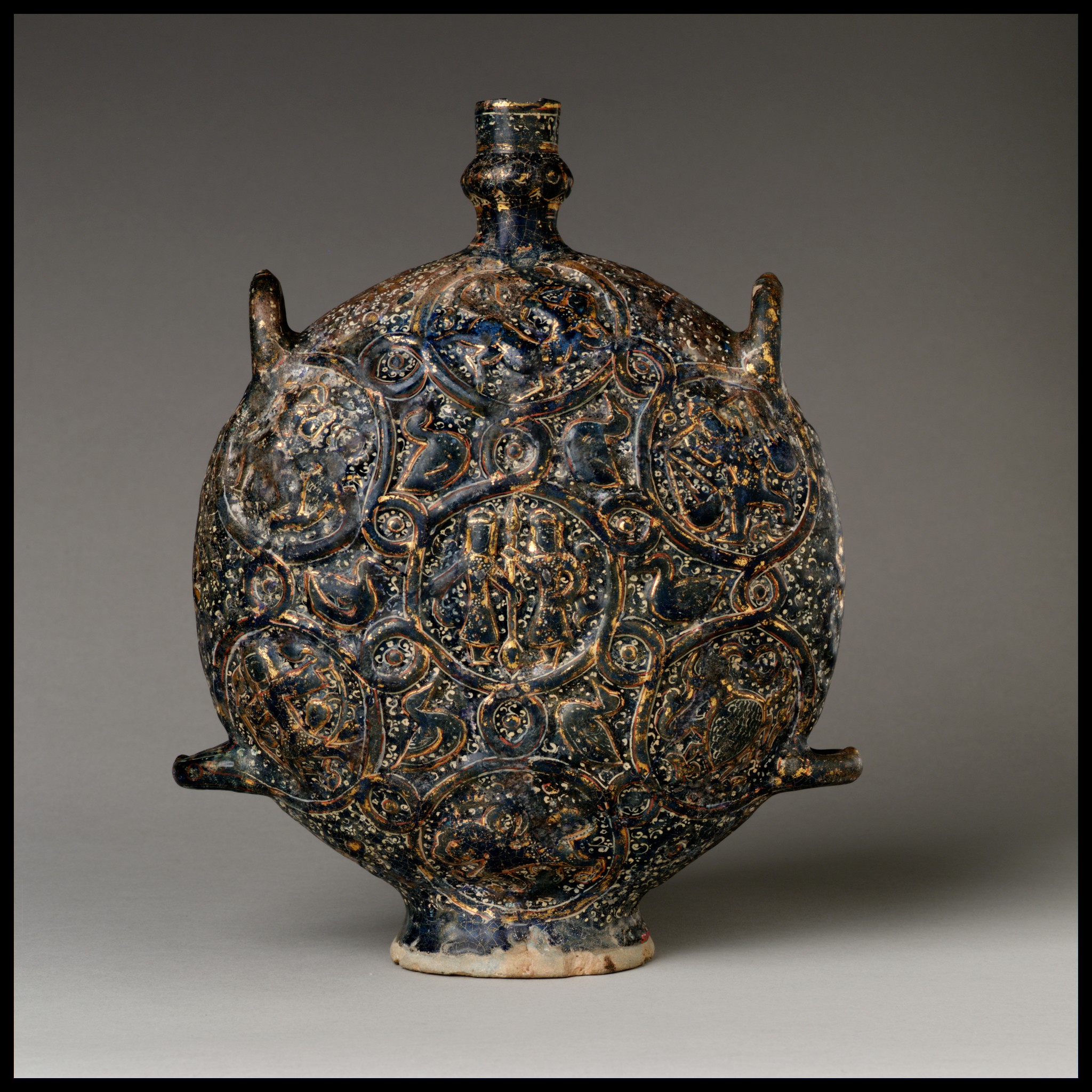 This uniquely shaped pilgrim flask features the twelve zodiac signs, modeled in relatively large medallions and glazed with dark blue. The shape of the flask is a flattened sphere with two cylindrical spikes at the top near the neck of the flask that stick up vertically, and two cylindrical spikes near the bottom foot that stick out horizontally. These spikes give the pilgrim flask the appearance that it has tiny arms and legs. These would have been used to hold the straps of the flask so that it could be carried and easily transported.

The zodiac medallions are molded so that they are raised up slightly. In the center medallion is the zodiac sign of Gemini represented by two very abstract figures holding a staff. Above the center is a depiction of the zodiac Sagittarius, represented by a centaur with a drawn bow and arrow. We can also make out Libra represented by a figure holding a scale seen in the medallion to the right of Sagittarius. There are four more zodiac medallions on the front of the flask and five more on the back to make a total of twelve zodiac medallions. Round continuous frames connect each of the medallions. Between the center medallion and the outer medallions there are six ducks. Painted over the dark blue glaze there is also small white dots and semi circles that create a splatter effect all over the pilgrim flask. The arrangement of the zodiac on the flask indicates that it may have been made for a celebration during of birth of someone born under the sign Gemini or Sagittarius because of their central location, an unusual placement for most zodiacs.