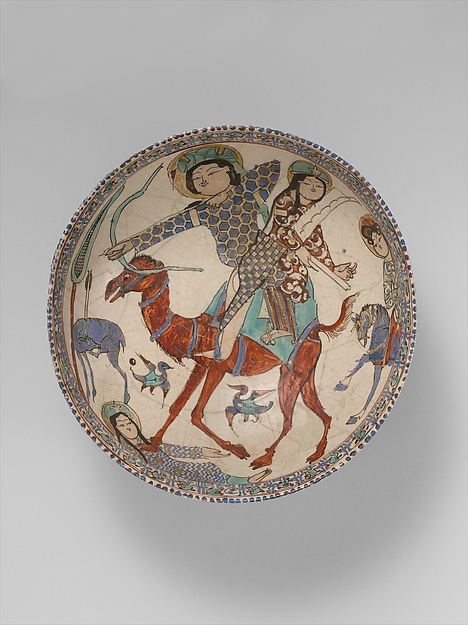 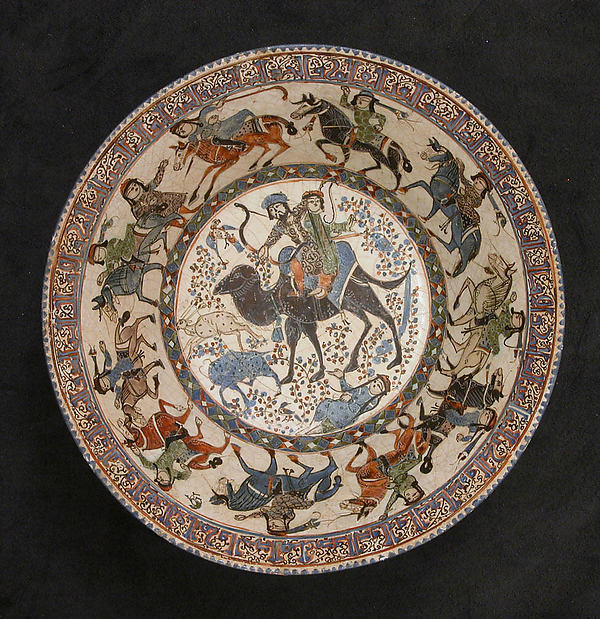 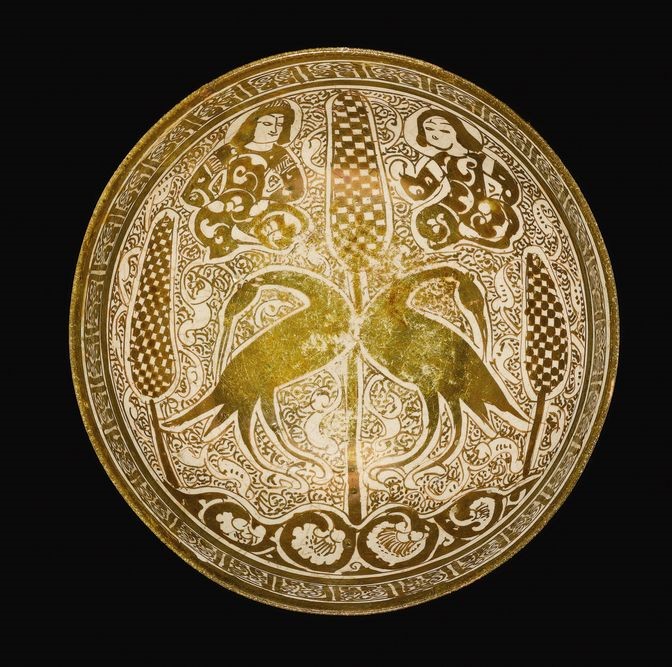 A Kashan (according to collectors) lustre bowl with two seated figures, birds, and cypress trees 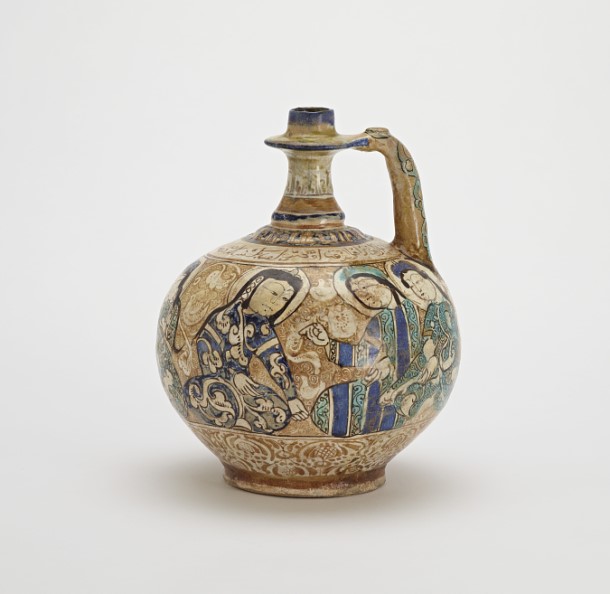 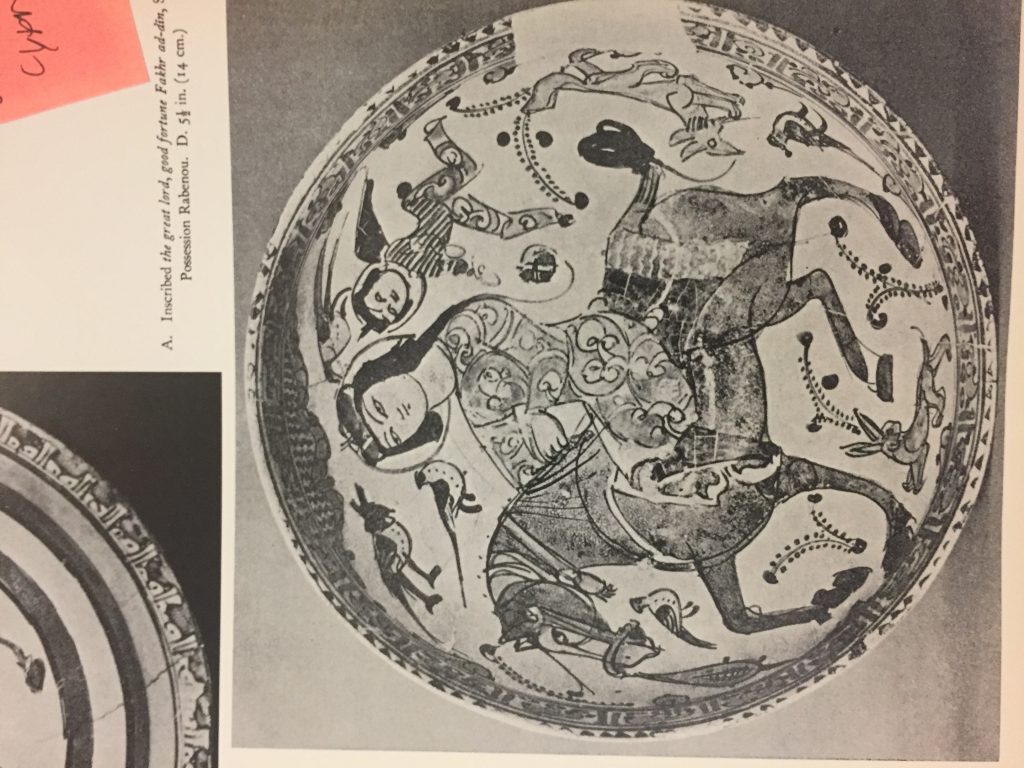 Discrepancies in the Classification of the Rayy and Kashan Styles.
Benjamin Lowenstein

The beginning of the Seljuq period marked a wave of cultural opulence with the introduction of a new type of pottery known as lustre ware. In the following 300 years, Persia would see the production of some of the most beautiful pieces of pottery. In the center of one such lustre ware bowl is a depiction of the famous Shahnama story of Bahram Gur and his concubine Azada. On a hunting excursion Azada doubts Bahram Gur’s abilities as an archer and challenges him to pin a gazelle’s leg to its ear. After he successfully makes the shot, she criticized him for being cruel, which angers him leading him to trample her to death with his camel. The violence of the scene in the bowl is overlooked at first glances, but then the viewer notices the repeated image of Azada sitting on the camel and being stepped on by the camel. The genius of the superimposing the two defining scenes of the story to create continuous narrative is lost to many modern viewers having grown up with television. The neutrality of the faces gives no direction to how one should emotionally react to the scene. Faces in Persian art are often drawn very similar, round heads with small eyes which each have a thin line coming from the ends to the sides of the face and small mouths which usually lack any emotional expression. The painter depicts two snapshots from a story that many people of the time would know, but probably had never seen visually depicted. The beauty of this piece, however, does not lie in the characters or the story, but in the decorations in which it is framed.

Pictures of pieces and their current location.