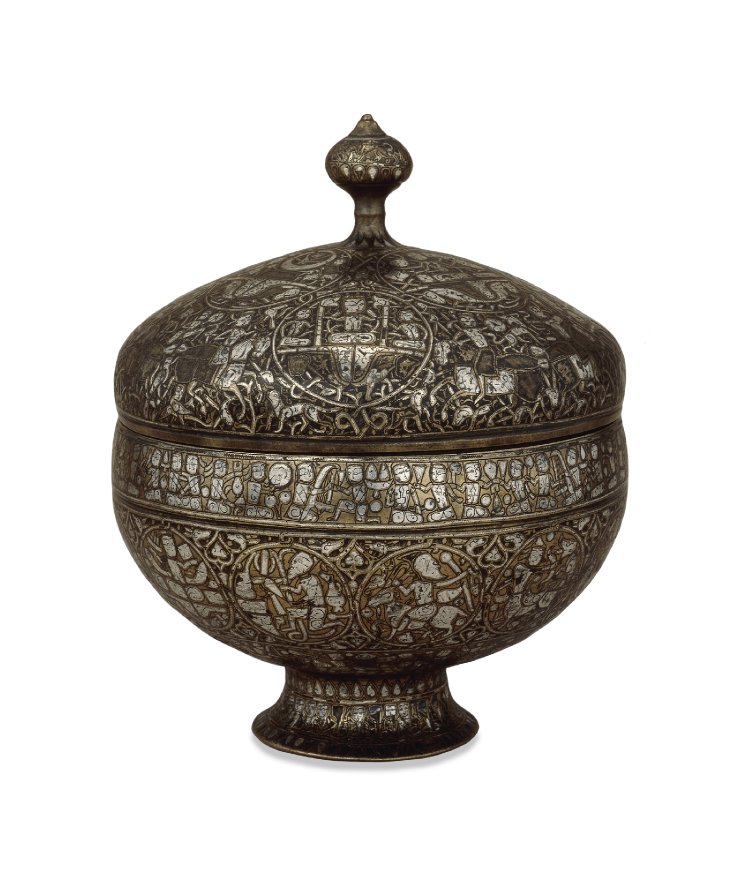 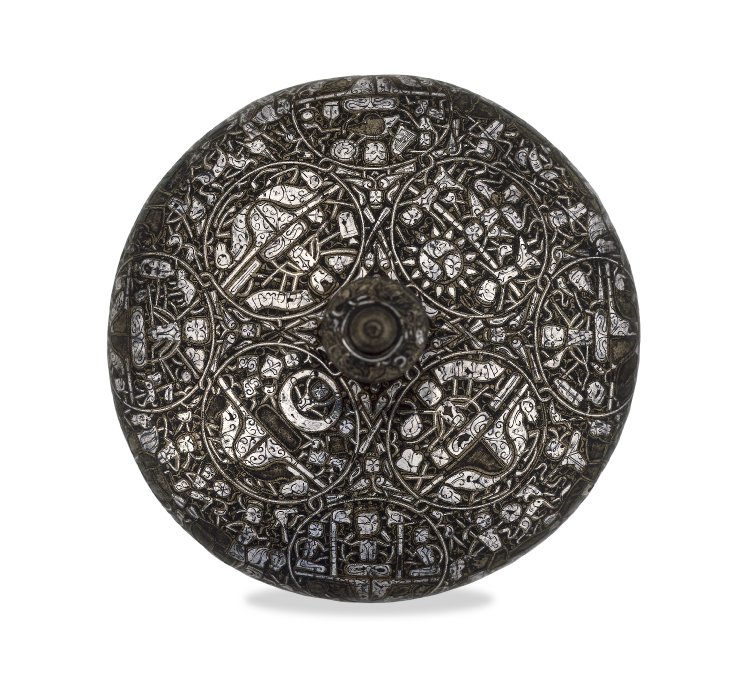 The Vaso Vescovali is an extravagantly decorated lidded bowl made out of tin bronze and inlaid with silver. The bowl and lid were made somewhere in Iran, most likely in the Khurasan province around 1200. The decoration is arranged in a series of bands and roundels with the extensive use of horror vacui. The subject matter of the Vaso Vescovali includes images of the sun and the moon, the zodiac, and personifications of the planets, and figures of musicians.

The twelve roundels are framed with the high tin bronze and the figures are made out of the silver inlay, making them stand out. Eight roundels make up the lid and twelve roundels make up the bowl. The roundels contain the personification of a planet and its corresponding zodiac containing its day or night house. This means it shows the constellation map, as it would be on a zodiac chart. The figures within the roundels have six arms, suggesting the influence of India. For example the planet Mars is shown in its night house of Aries depicted by a figure riding a ram holding a severed head, a common iconographical symbol of the planet. Another example is the Sun in its day house of the constellation Leo depicted by a sun disk with three faces above a large lion.

There is also the image of a dragon, ‘Jawzahr’, that represents the lunar eclipse. The band around the top of the bowl shows numerous figures, some playing the hard, and some extending their hands out to each other. The decoration between the roundels consists of ribbon interlace designs, zoomorphic interlace, small dogs, and larger figures of shirtless men on horses. An interesting aspect of the bowl is that the lid was originally not part of the bowl. It was hammered into shape so that it would fit the brim of the bowl, this would explain the cinched look of the bowl and lid.