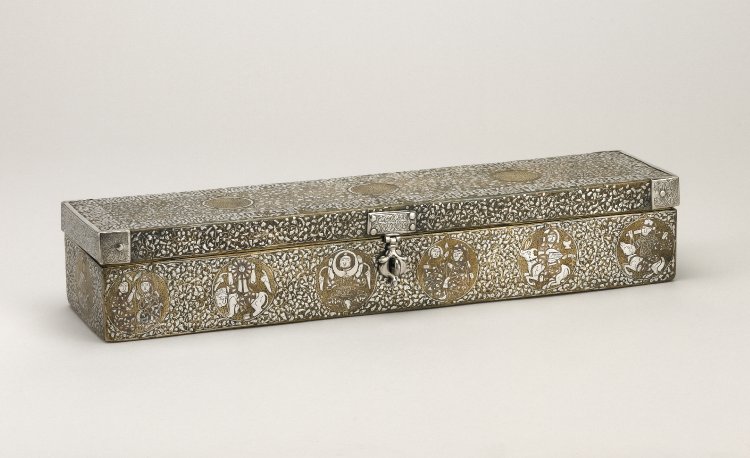 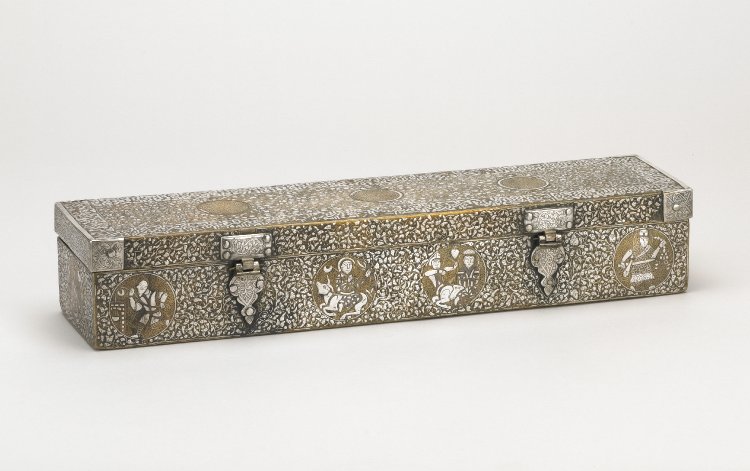 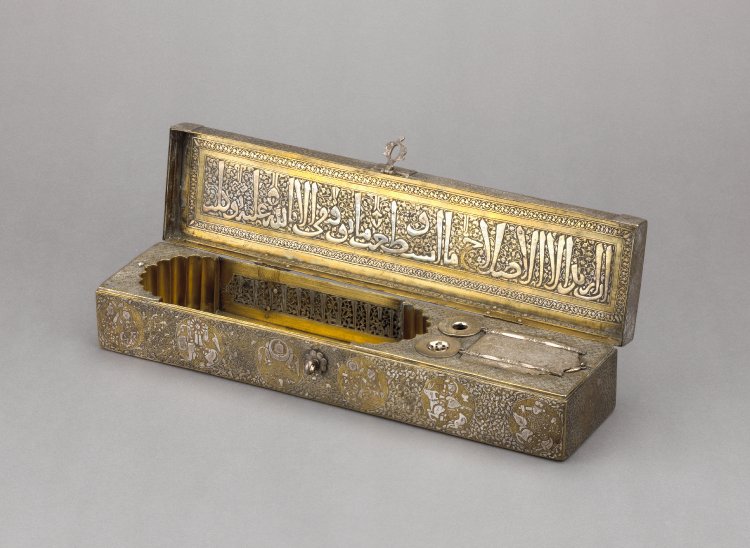 The decoration encompasses the entire surface area of the slender rectangular pen-box from Mosul, Iraq. The copper, brass and silver inlay pen-box was made around 1230-1250. Lifting up the small latch that holds the lid shut reveals multiple compartments. A large compartment with scalloped edges was meant for the pens to be kept, and smaller containers for ink, sand, which was used for blotting the ink, and threads for cleaning the pens. The inside lid is inscribed with an Arabic verse from the Qur’an and framed by a copper and brass rectangle. The background behind the verse is decorated with a vegetal design.

The decorative scheme on the outside of the pen-box is a series of twelve roundels with the personifications of the planets. The planets are shown in either their day or night houses as they would appear in the sky in the different astrological constellations. In the front from right to left the roundels include Mars in Aries, shown as a warrior carrying a sword and a severed head, Venus in Taurus, depicted as a lute player riding a bull, Mercury in Gemini, two figures holding a staff, the Moon in Cancer, shown as a seated figure holding a crescent around its face, the Sun in Leo, a figure with a sun-shaped face riding a lion, and lastly Mercury in Virgo, two figures holding corn. The faces of the figures are visually all the same. The only thing that distinguishes the figures from each other is their different clothing and hairstyles.

Two more roundels on either side and four more on the front also are personifications of the planets, but not as easily identifiable. There is no part of the pen-box left undecorated; even the hinges have intricate carvings. It is evident that there is more emphasis placed on the minute details of the silver inlay rather than the accuracy of the figures and animals.