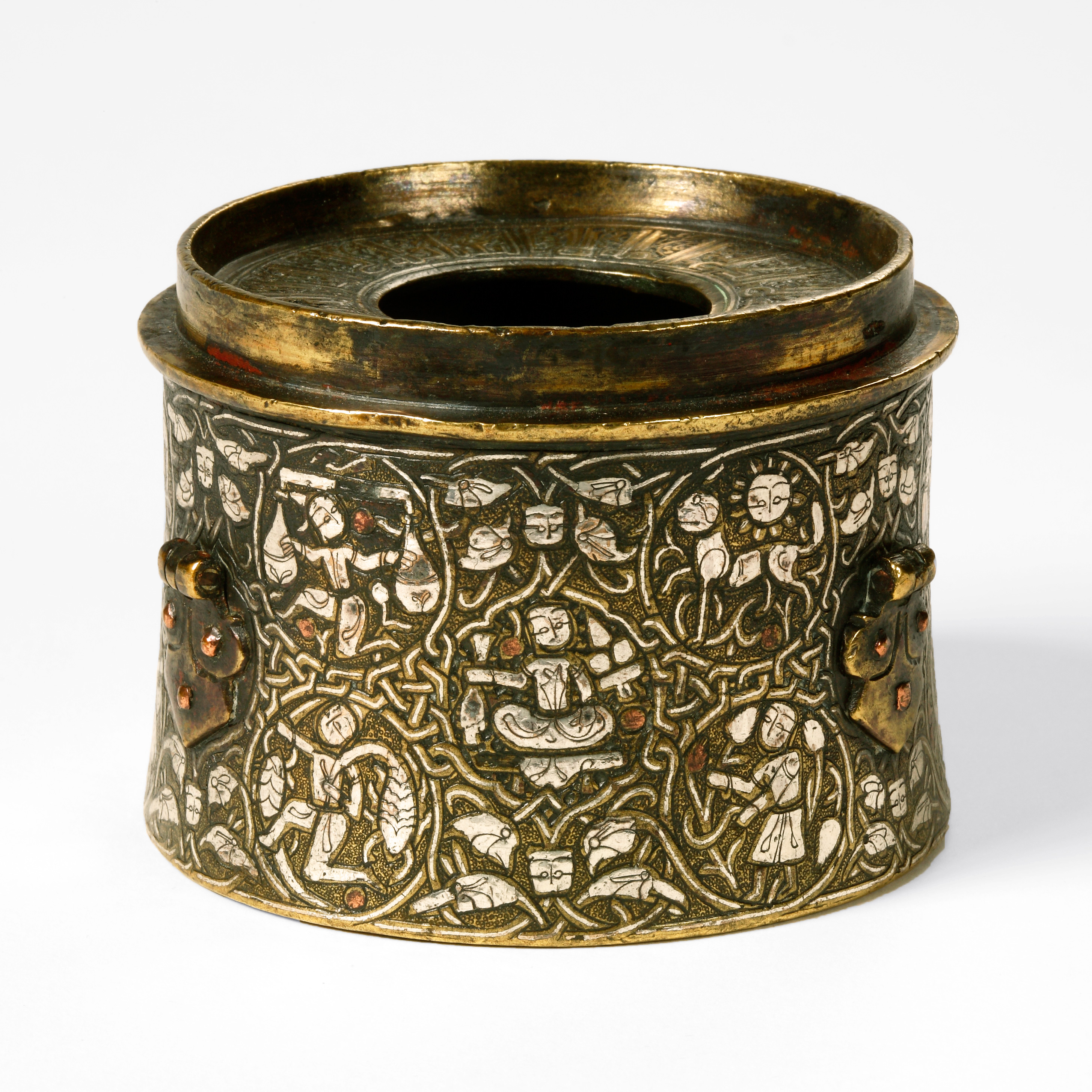 Bronze inlaid with silver and copper

The small cylindrical inkwell is decorated with a thick band of figural and interlaces decoration, made out of bronze and copper with inlaid silver. Around the sides there is small, faux-handle like rosebuds that peel off at the top in a slight curl. These were part of the original hinging system that held the inkwells missing top closed. There are two brims of the inkwell, one that separates the band of decoration and the second one that rises up vertically. There is a rim around the opening of the inkwell where the pen would be dipped in. On this rim is engraved decoration, possibly an Arabic verse from the Qur’an. The main decoration that catches the eye is the intricate weaving of the interlace and the roundels. The roundels depict the twelve zodiac signs personified by their related planets. For example the inkwell shows the zodiac, Leo, representing the Sun. This is shown with a lion and a sun over its head. Libra personified by Venus shows a figure holding up a scale with two basket-like objects on either side. The faces and the features of the figures depicted on the inkwell are very abstract. The faces have simple open eyes, a long line for a nose and two flat or curved eyebrows. The figures also have no hands, instead just little curved stumps at the end of each arm. Surrounding each roundel is a mix of ribbon and zoomorphic interlace. At the ends of the interlace design are the heads of birds with large beaks, some even biting down on other parts of the weaving interlace. This inkwell would have most likely belonged to a wealthy person or a scribe for the Sultan because of its intricate design.